Leonard Nimoy died on this day, the 27th of February in the year 2015. The well respected and beloved actor was best known for his role as Mr. Spock from the Star Trek franchise. He also had roles in other numerous TV series and films, such as voicing Galvatron in the orginal Transformers movie and a voice role in Disney’s Atlantis: The Lost Empire as Kida’s father. He was also a photographer, poet and musician. I, mean, he sang a ballad about Bilbo Baggins.

I actually feel a deep and personal loss about Mr. Nimoy’s passing. When I was a 14 year old kid, Star Trek saved my life. I was suicidal, had no friends, and that’s when I discovered Mr. Spock and the crew of the Enterprise. 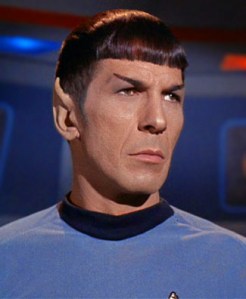 They invited me to see a world where people were accepted for who they were, strove to improve themselves and their situation, and shared genuine and loving bonds with each other. Spock became a role model. He didn’t allow his emotions to control him, but he was still very kind, caring, and selfless. In a weird way, Leonard Nimoy—through the character of Spock—gave me a reason to live and keep on going. He taught me valuable lessons, chief among them the needs of the many outweighing the needs of the few or the one, which is a creed I live by everyday. He also taught me about self-acceptance and doing what is right.

I cannot tell Mr. Nimoy about the impact he made on my life. I can only bid him the fondest farewells, and wish his soul good luck on the journey in that final frontier.